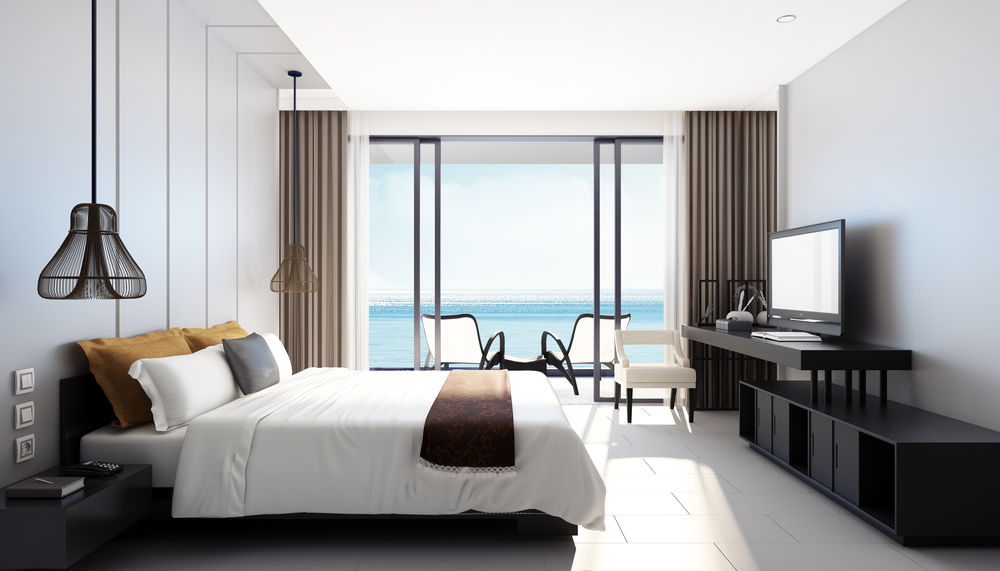 Apartment living comes with its share of advantages and drawbacks. If you live in a building with cigarette smokers, you’re likely aware that the smoke doesn’t stay in their respective units.

I am a non-smoker and can smell cigarette smoke from a mile away. A bit of an exaggeration perhaps, but I can smell it if I’m in a building with a shared ventilation system such as a hotel even if I’m on a “non-smoking floor.” And according to the American Lung Association (ALA), I’m not crazy. Until researching this article, I assumed that only the secondhand smoke from a person in the same room or proximity to me was harmful. I figured that if I could only faintly smell smoke, that it wasn’t dangerous, just annoying. I was wrong.

The ALA warns that secondhand smoke exposure for residents of multi-unit housing (e.g., apartment buildings and condominiums) poses a severe health threat. Secondhand smoke can migrate from other units and common areas and travel through doorways, cracks in walls, electrical lines, plumbing, and ventilation systems. Wow.

Below are just two critical facts from the ALA about secondhand smoke:

There is no risk-free level of exposure to secondhand smoke, and even short-term exposure can potentially increase the risk of heart attacks.

Secondhand smoke is especially harmful to young children. Secondhand smoke is responsible for between 150,000 and 300,000 lower respiratory tract infections in infants and children under 18 months of age, resulting in between 7,500 and 15,000 hospitalizations each year. It also causes 430 sudden infant death syndrome (SIDS) deaths in the U.S. annually.

Of course, the best way to combat secondhand smoke is to eliminate smoking altogether or move to a building where strict non-smoking policies are enforced. These are the only recommendation made by the ALA. The ALA has several initiatives to help renters and building owners achieve this. Some of the projects are highlighted in its Smokefree Multi-Unit Housing report. All the experts agree that eliminating the source of secondhand smoke is the only way to eradicate the threat. But what if that’s not possible?

As part of its reporting on Indoor Air Quality (IAQ), the Environmental Protection Agency (EPA) states, “prohibiting smoking indoors is the only way to eliminate secondhand smoke from the indoor environment.” The findings went on to say, “ventilation and filtration techniques can reduce, but not eliminate, secondhand smoke.”

An exhaustive study published by the U.S. National Library of Medicine National Institutes of Health concluded that air purifiers in combination with education effectively reduce indoor fine PM (particulate matter) and a biomarker of secondhand smoke exposure in non-smoking adults.

From personal experience, when I’ve requested to have an air purifier placed in my hotel room because I could smell smoke, the odor was gone within a few hours.

Having developed asthma when I was 15, due to secondhand smoke and living in the environment until I was 25, I will do anything to try to mitigate the presence of smoke. I started by marrying a man who doesn’t smoke. And we are fortunate to live in a neighborhood of non-smokers.

Even in my smoke-free environment, I still have an air purifier in my bedroom to reduce dust mites, pollen, and mold to increase the indoor air quality. 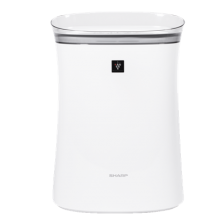 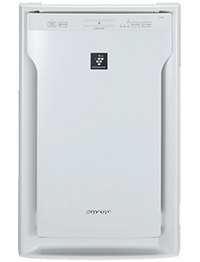 The Sharp FP-A80UW Plasmacluster Ion Air Purifier with True HEPA Filtration is ideal for large and extra-large rooms in your home. This air purifier model effectively reduces pollen, dust, pet dander, smoke, germs, bacteria, viruses, odors, mold, and fungus in your living space. There is a dual stage filter system including an activated carbon filter and long-life True HEPA filter, which captures 99.97% of particles as small as 0.3 microns from the air that passes through it. Patented Plasmacluster Ion Technology disperses positively and negatively charged ions throughout the room to safely break down microorganisms and odors (even those trapped in fabric, carpeting, and drapery!). It is an ideal solution for allergy sufferers, asthmatics, pet owners, and smokers, and best used in a bedroom, living room, study, or exercise room. There are 3 manual fan speeds. The air purifier unit has LibraryQuietTM operation (as quiet as 29 decibels, or the sound of rustling leaves) and is ENERGY STAR(R) rated, so you can run the unit continuously while saving money and energy. 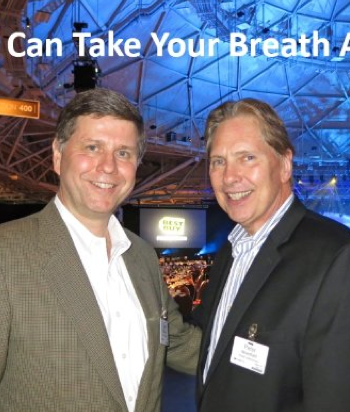 If You’re Sharp, It’s All About The Air You Breathe! 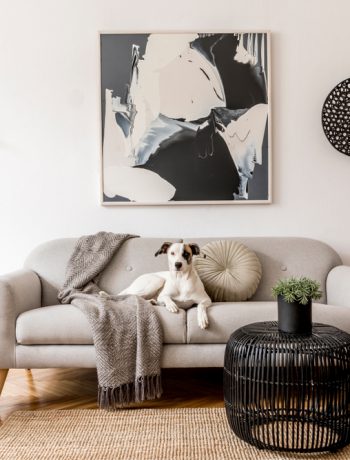 What Room Has the Dirtiest Air?

A Cooktop Comparison for Your Kitchen Remodel