A Platform for Hope and Giving 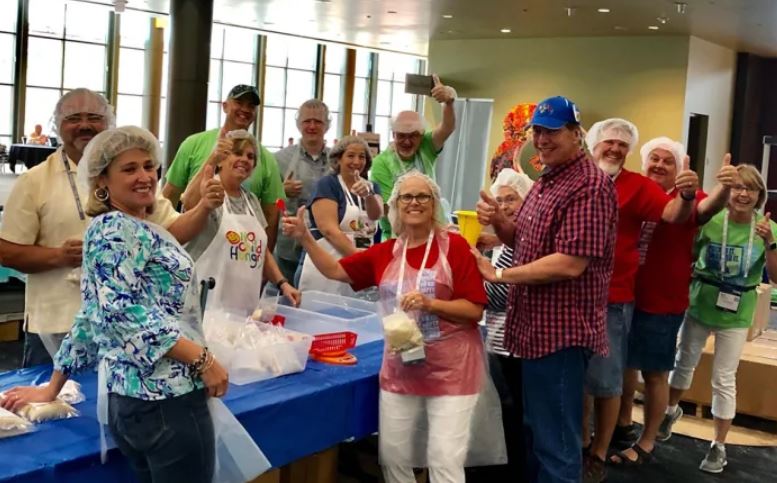 For more than 20 years, Peter Weedfald has been known in the consumer electronics (CE) global sphere as a hardworking, hard-charging sales and marketing leader. But ask almost anyone to share a story about Weedfald, and they’ll recall one of the countless moments in which he has leveraged his high-powered roles to champion children’s causes.

Whether during his tenure at ViewSonic, Samsung, Circuit City, or GE, and since 2015 as Senior Vice President of Sales & Marketing at Sharp Home Electronics Company of America (SHCA), Weedfald commits a small but impactful amount of his time developing campaigns, programs, and donations to benefit children in need. The children’s charities that Weedfald founded at ViewSonic, Samsung, and Circuit City were executed on a national level, leveraging the hearts, minds and time of some of the biggest names in sports and entertainment. 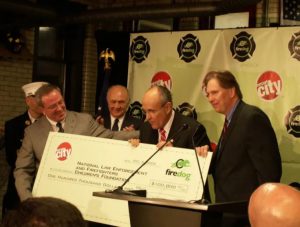 “When you join a company, you check their hearts, and you check their minds,” Weedfald says. While interviewing with Sharp, he found that his former colleague at Samsung and current boss, James Sanduski, President of SHCA, was the Chairman of the Board of Trustees of the New Jersey chapter of Table to Table. The food rescue program collects prepared and perishable food that would otherwise be wasted and delivers it to organizations serving the hungry in northern New Jersey. In 2018, Table to Table provided the equivalent of 22 million meals.

Hope and Heart for the Innocent

A word Weedfald feels passionately about and puts into action is “hope.” During his earlier tenures, he created children’s charity programs ViewSonic Journey of Hope, Samsung’s Hope for Education, and Four Seasons of Hope. 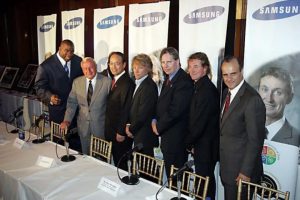 Weedfald is quick to point out that the word “hope” should not be misused. “Hope is not a strategy. A strategy is to go out and find a way to give back to those that have a heart for the innocent and need our support and help. It has nothing to do with how tall, short, heavy, light, green, yellow, orange, what religion they believe, none of that,” he says. You’ll never hear him say that he hopes to win a piece of business. “Hope has to do with the grace of God for children who are in need, which are not equal because they can’t breathe well, they can’t see, they can’t run. We must deliver hope to those who are afflicted and those who cannot help themselves. And that’s why I like the word hope.”

In his book, “Green Reign Leadership,” Weedfald talks about the confluence of relevancy and creativity as the path to raise money to give back to children. “Creativity plus relevancy equals won,” he says. “If you think about each one of these charities that I was blessed to create and mature with great like-minded team members—each one of these is highly creative, extremely relevant.”

The ViewSonic logo features three Australian Gouldian finches, which Weedfald and his team creatively applied to a hot air balloon. “We decided to fly it across America to children’s hospitals,” he says. “The three birds and the happiness of the balloon certainly lined up with children. The relevancy is the hot air balloon, and we’re trying to make a market. We’ll use the creativity of the birds and the balloon to do something good to give back.” Creativity plus relevancy equals won, for our children, for their fruitful and healthy lives.

Every dollar made by “Green Reign Leadership” goes to a children’s charity. 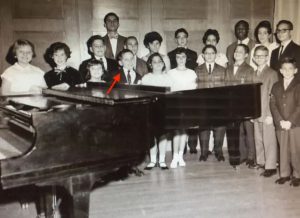 One must wonder if Weedfald’s passion for helping children stems from personal experience. When other kids were playing sports, young Weedfald studied the piano. “Back then, little boys did not play the piano or go to piano lessons,” he says. “I was the ridicule of every friend that I had, and they would be calling me names because I studied and performed on the piano. And that was a massive shock to me.”

The humiliation Weedfald endured as a young boy had a lasting impact. “I thought I was equal and the same as all these kids,” he says. “I thought these kids loved me and cared about me, but just because I played the piano and studied the piano, I was torn to shreds for a long time.”

Little did his friends know that at age 12, the kid they ridiculed had played as a concert pianist at Carnegie Hall. “I had to hide the fact that I studied for another 12 years,” he says.

“I think that stimulated me to think about how we help others not to be humiliated. How do we make sure that no one is marginalized? How do we make sure everyone is safe, that everyone has good health, and everyone is watching out for the other guy,” says Weedfald. “And that’s why for me, the silliness of who’s tall, who’s heavy, who’s green, who’s orange, it is so ridiculous. We’re here for a short visit. Why would we choose to focus on such nonsense when we should focus on that poor child who is in pain.”

Never let the heart battle the mind. “When I was humiliated as a child, my heart just ran over my intellect. It was just all heart and emotions, and I dug my way out of it over time through mindful reality.” 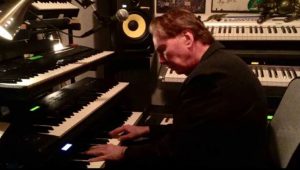 In addition to his dedication in sales and marketing, and to developing and delivering on children’s charities, Weedfald is a composer, musician, and a concert pianist who owns two recording studios.

Most weekends, you can find Weedfald composing and performing inside Studio W. He combines his heartfelt orchestrations with video and almost weekly releases them on YouTube and to his LinkedIn profile page.

In 2018, Weedfald composed, “March For Our Lives” as children were marching across America demanding safety and justice in response to school shootings. “I wrote this song to be relevant to their effort and their lives, to try to squash this problem of guns so that no more children get killed in schools,” says Weedfald. The song was written to help build awareness. “This is music from a child whose personal struggles changed the course of the way I look at the world and helping other people, especially children, to have equality in their mind and their heart and their body.”

As Weedfald continues his journey, he reflects. “I’m blessed to be so ambient with it. God has blessed me with these great positions and jobs to lead other people and help them be prosperous and stronger and better, to give back, to having all those touchpoints, to connecting music, to children.” The “March For Our Lives” composition is just one of the many he has created to help create awareness around children’s issues. Among others, “You’re Not Alone!” is a unique concerto for the Society for the Prevention of Teen Suicide, created to stamp out teen suicide forever. 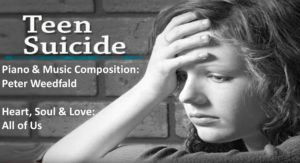 Whether through developing a corporate charity, personally contributing to charities such as Al’s Angels that help many families in desperate need, donating the proceeds of his book to children’s charities, or composing pieces to create awareness, Weedfald feels blessed. “I’ve done pretty well in life, so let’s just give the money back to children’s charities.” Charity and humility are two of Weedfald’s strong characteristics. “Some angels must have blessed me to go down this path. I’ve been very fortunate. I’m very blessed,” he concludes. 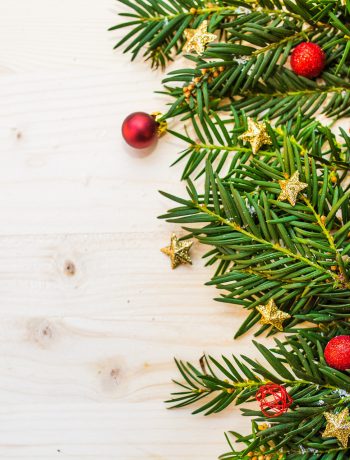 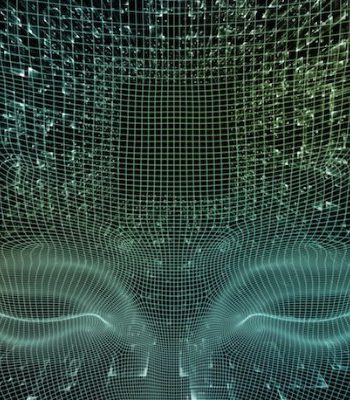 How Fast Is Your Speed? 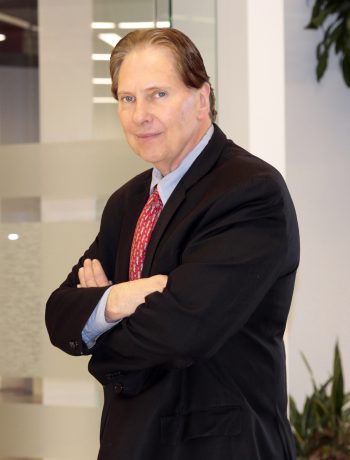